If you weren’t already aware, this past week has been dubbed “Fat Shaming Week” by a small group of men who incorrectly assume that shaming will actually make fat women thin. Leaving aside that these dude bros have created a week to shame fat women as they are in tears over their lack of boners because fat women are fat. It sounds like a personal problem and the notion that fat people are unfuckable is unfounded (social construction anyone?). They spent the beginning of the week harassing every fat activist, news source and blogger they could find as an attempt to have their “campaign” get attention.

I was one of about five people who had been tweeted at on Monday when their “campaign” started and like everyone else ignored them until Buzzfeed thoughtlessly pick it up. While I’m happy that the few major sites who wrote something about the week framed it as being disgusting, almost all of them have centered the tweets they shared around the worst tweets that could be found in the hashtag. In the beginning of the week almost all of the tweets were directed specifically at fat women but quickly devolved into arguments about health, which shows how little fat shamers actually care about health and in reality are interested in promoting an ideal body type that they find to be physically / sexually pleasing.

A few other fat / body positive bloggers have written a response to the week and you can find them here, here and here (tw weight loss talk). I wanted to create a post that specifically outlines the kind of responses to this week I had as well as other people on twitter. While most news sources have focused on the hateful tweets by the creator and his numerous fake twitter accounts, the outpouring of people objecting to this week has been too big to ignore.

It says something about a man's self worth when they have to organize a hate week to slander women. #fatshamingweek

Must be hard to comprehend that many women are not interested in conforming to heteronormative white beauty ideals. #fatshamingweek

Look how quickly #FatShamingWeek has changed to talking about "health" and not women being "fuckable." Ya'll are predictable.

Losers posting stupid shit for #FatShamingWeek : for every post you make, we'll give away a free gift & a coupon to a customer #FUfatshamers

#fatshamingweek is every week. luckily some of us have already found #HAES & #bodypositivity & #fatactivism.

Fuck you if you think #fatshamingweek is a good idea. May you step on multiple legos and thumbtacks.

When you talk about obesity as a problem to be eradicated, be aware that's an eliminationist and ignorant position. #FatShamingWeek

Congratulations. #fatshamingweek is a real thing on Twitter right now. And we wonder why kids starve and kill themselves. #keepitupworld

Let's face facts. Fat shamers lack self control. They've never shown the will power to limit themselves to a single serving of fat shaming.

Fat shamers say they are only bullying fat people on special occasions, but just look at them. They are bullying from dawn to dusk.

October is Bullying Prevention Awareness Month. This week has given even more proof that bullying is not something that only happens when someone is a child but continues on throughout their lifetime and is deeply rooted in different forms of marginalization. Read my post, Bullying It’s Not Just for Kids 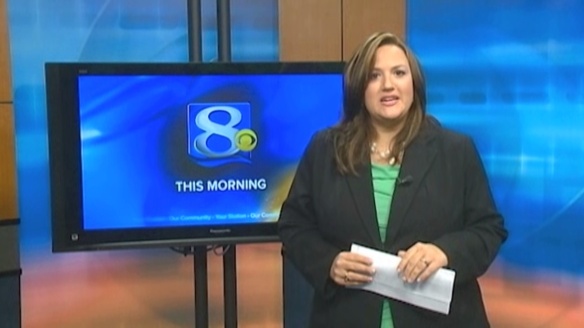 October is National Anti-Bullying Month and along with the video from Wisconsin newswoman Jennifer Livingston the conversation surrounding bullying culture in our society has ramped up yet again. Much of the discussion has not focused on the video itself but whether or not the email Livingston received was in fact her being bullied. In these responses you can find the issue that can come up when you have a movement like the one for anti-bullying that continues to be more focused on the interactions between children than the underlying reason for prejudice.

The current framing of bullying in our society treats intolerance with kid gloves. We are led to believe that bullying stops when a person gets a high school or college diploma. We are told “It Gets Better” when this is not always the case. Worst of all this treatment of intolerance as something that needs to be dealt with as delicately as possible removes the terms that most anti-oppression activists use that could further the discussion surrounding the unbalanced power dynamics. If we actually started calling bullying what it is and address it as racism, sexism, homophobia, transphobia, ableism, fat phobia and classism it would actually give children a better way to deal with the very same power dynamics they will face as adults, while also giving adults more responsibility to challenge the intolerance that is rooted within our society overall.

The idea that there is a distinct difference between the bullying we learn or participate in as children and the power relations we are forced to navigate through as adults is just as harmful to the culture of bullying as the actual bullying itself. It ignores that children are not the only people who are participants in the cycle of violence. If you are the product of this culture and have been bullied there is a large possibility that an adult in your life has used the same tactics against you. More often than not this has continued throughout your lifespan within everyday relationships at work and home.  One of the main reasons that adult to child power dynamics are so common is due to the lack of personal autonomy that children are given. We often treat them like we have unwavering authority over them as an adult or parents treat them like they are property. This kind of thinking continues through bullying culture and we come to accept these power dynamics once we are adults ourselves.

When we don’t address how the power dynamics in our society are based on real life forms of oppression it allows for children to be led to believe that those forms of oppression do not exist. It allows for the most privileged of people in our society to continue to dismiss the calls of discrimination from marginalized groups or as with the response from Livingston it allows for us to question the validity of her claim that she was being bullied. By disassociating forms of oppression from bullying culture it also lays the burden of proof of that marginalization on the person being discriminated against.  This reinforces the way people with privilege are not expected to own up to their own ignorance or prejudices.

As the product of bullying myself the notion that my experiences were not due to the way sexism and fat phobia is rooted in our society denies that those experiences have happened at all. It ignores that we have a history in our society of othering people due to their differences from what we consider to be “normal.” All the while continuing to shift the responsibility on the people being oppressed to speak up and challenge those of us with the most power. The binds on our access to power and the need for us to stand up for ourselves means that we are expected to challenge authority no matter the harm or violence that we might receive. This harm can even come through the dismissal of a person’s reaction to bullying because it makes people feel even more silenced by their oppressors as well as feel like their connection to reality is being challenged.

This is why the idea that some among us are willing to dismiss Livingston’s interaction with her bully is so harmful. It further frames the subject of bullying as something that only happens to children from other children but it also is continuing the cycle of violence where we do not address it for what it truly is. We need to start taking responsibility for the way all of us contribute to a society rooted in intolerance. The first step is to stop acting like we need to only address bullying with children because one day they will become adults thrown into a world where there are no kid gloves.