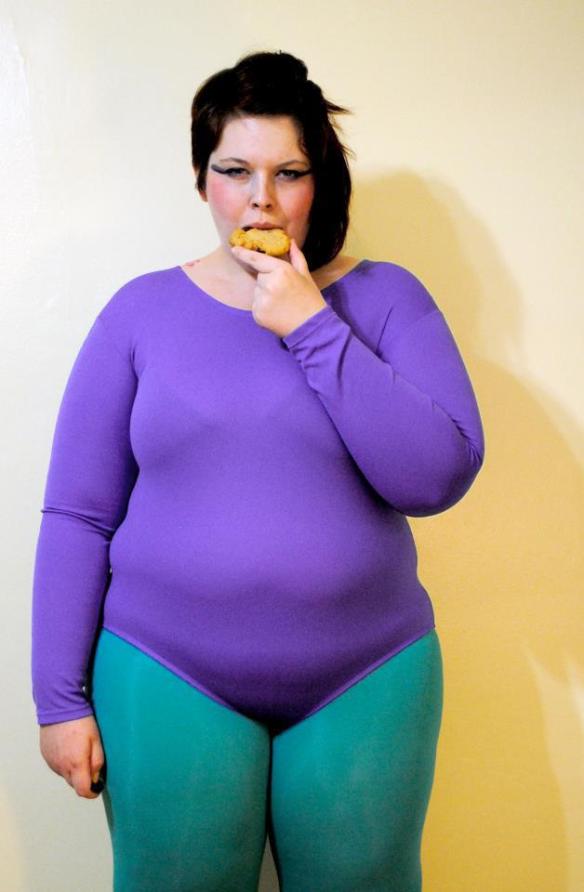 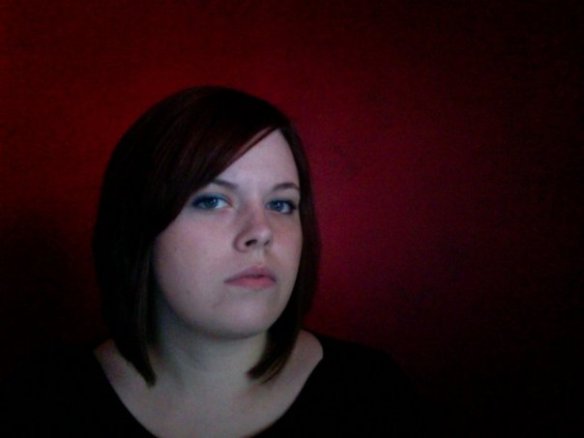 The photo above was taken in 2008 when I was 22 after spending 16 years in hiding. Over those 16 years my photo had been taken by family members or other people where the way I was photographed was more about how others settled their gaze upon me and I wasn’t able to control or dictate the way I was captured. Much like what Melissa from Shakesville wrote, having my photos taken before the age of 22 meant it wasn’t for myself. I lacked the ability to move beyond how others decided to view my body and instead was forced into being visible in ways I wasn’t comfortable with.

Yesterday Jezebel posted an article declaring that people who take selfies are really “crying for help,” not only pathologizing those of us who take selfies but also completely ignoring how the dynamics behind selfies are more than just taking a photo or about vanity. Like many other people on twitter wrote, selfies can also be incredibly powerful in the way they directly challenge how marginalized people and their bodies are viewed by the world, while also challenging how mainstream imagery of marginalized people rely on stereotypes. 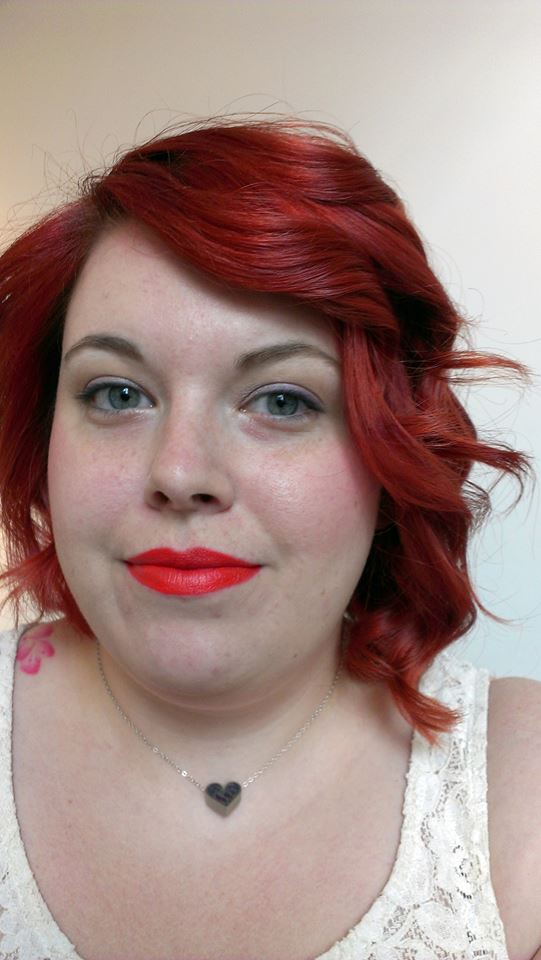 As a fat woman who has been told repeatedly I don’t have the ability to be attractive, beautiful and shouldn’t be visible the use of selfies not only has allowed me to reclaim a part of myself I was told I wasn’t allowed to have, but has served to be part of a larger form of political resistance against those people who gaze upon my body. My visibility politic dares them to not look at me. Being visible as a fat person happens regardless of how you perform your visibility politic. As a fat person, much like other marginalized identities, your body is hyper-visible and are often reminded through interactions with others that they disprove of the way you present yourself. In the media, visibility is only allowed if you conform yourself to specific tropes related to the identities you possess. As a fat woman I am limited to only being visible if I am participating in a weight loss show, am attempting to no longer be fat or headless and completely dehumanized. (Edited to add link to “Headless Fatties”)

Selfies change all of that, they allow me to reclaim that part of myself I was told to never allow to be visible. They allow me to remove my body from the constraints on how others think I should be looked upon and instead let me shift their gaze elsewhere. They let me look back on past photos and be reminded how blissfully happy I was when I’m having a bad day. They also allow me to see how I have evolved as a person over the years and have found my more authentic self. Viewing the selfies other people take reminds me that I am not alone. There are other amazing, gorgeous and powerful people out there who are also reclaiming their own visibility. They are sick of letting other people dictate how they should present their bodies.

Aside from that for those of us who are still not ready to be visible, it’s ok. Being visible isn’t mandatory; it’s a process that sometimes we aren’t ready for or want to be part of. Visibility politics can still be limiting and I totally understand people who don’t feel the need to be visible, I still feel that way some days. The most important thing is living how you want to, not allowing others to attempt to change or dictate how you do it. 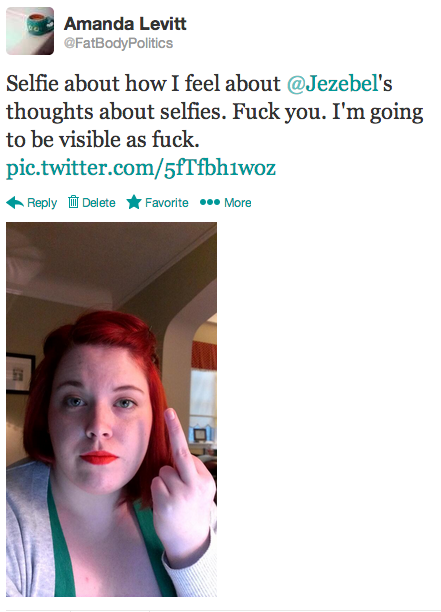 The Radical Politics of Selfies – The Feminist Griote

A Study of the Self – Fat Heffalump